Heading down from Lenzerheide, we cross the river Albula in Tiefencastel. On the way to Julier, we pass several smaller villages, which all together form the township of Surses, each of them with their own, personal charm. Step by step, similar to the road layout on the Julier itself, we go higher and higher – bend by bend, then a plain, then more bends. Further down our path, we come  close to Alp Flix,  a 2000 m high plateau and then we pass reservoir Marmorera. The last station before reaching Julier is the small village of Bivio, and the the pass itself awaits.

Ascending the path from Bivio is probably the most appealing for drivers: short bends to reach higher, then a longer plain, then more bends.

The Julier pass in the canton of Graubünden, Switzerland is one of the main access passes to the valley of Engadin. In contrast to the Albula pass, it’s better constructed and more frequented. It connects the villages of Bivion and Silvaplana. 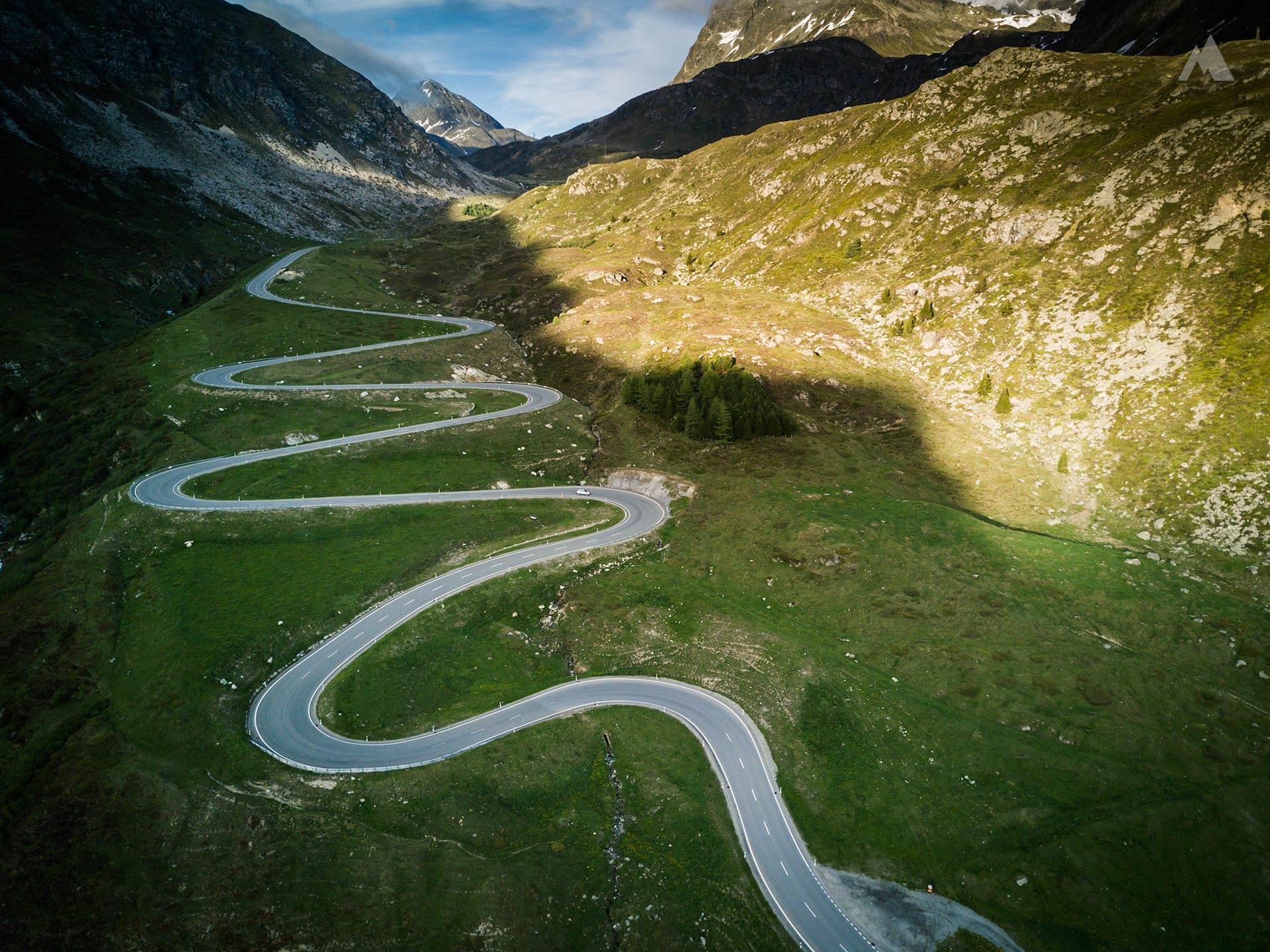 The characteristic, terraced ascents of the road are followed by more plateaued stretches of the road. 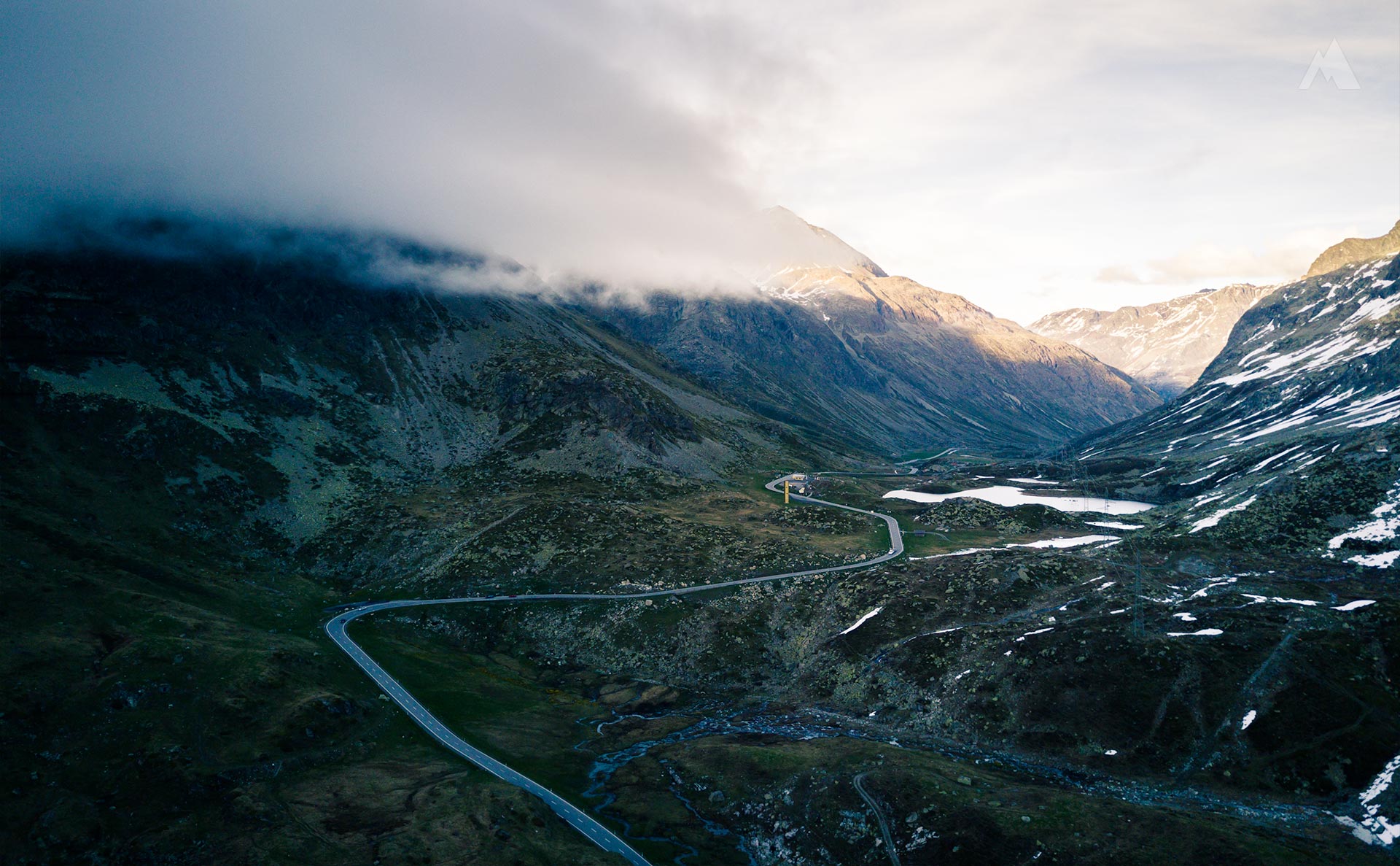 The road follows somekind of rhythm -great bends, followed by a linear section. If you close your eyes as passanger and only listen to the sound of the engine, it can almost sound like a song, with a refrain followed by a verse and repeated again.

You can sometimes find art installations at the peak of Julier pass. Look out, and take a break, it’s usually worth it. 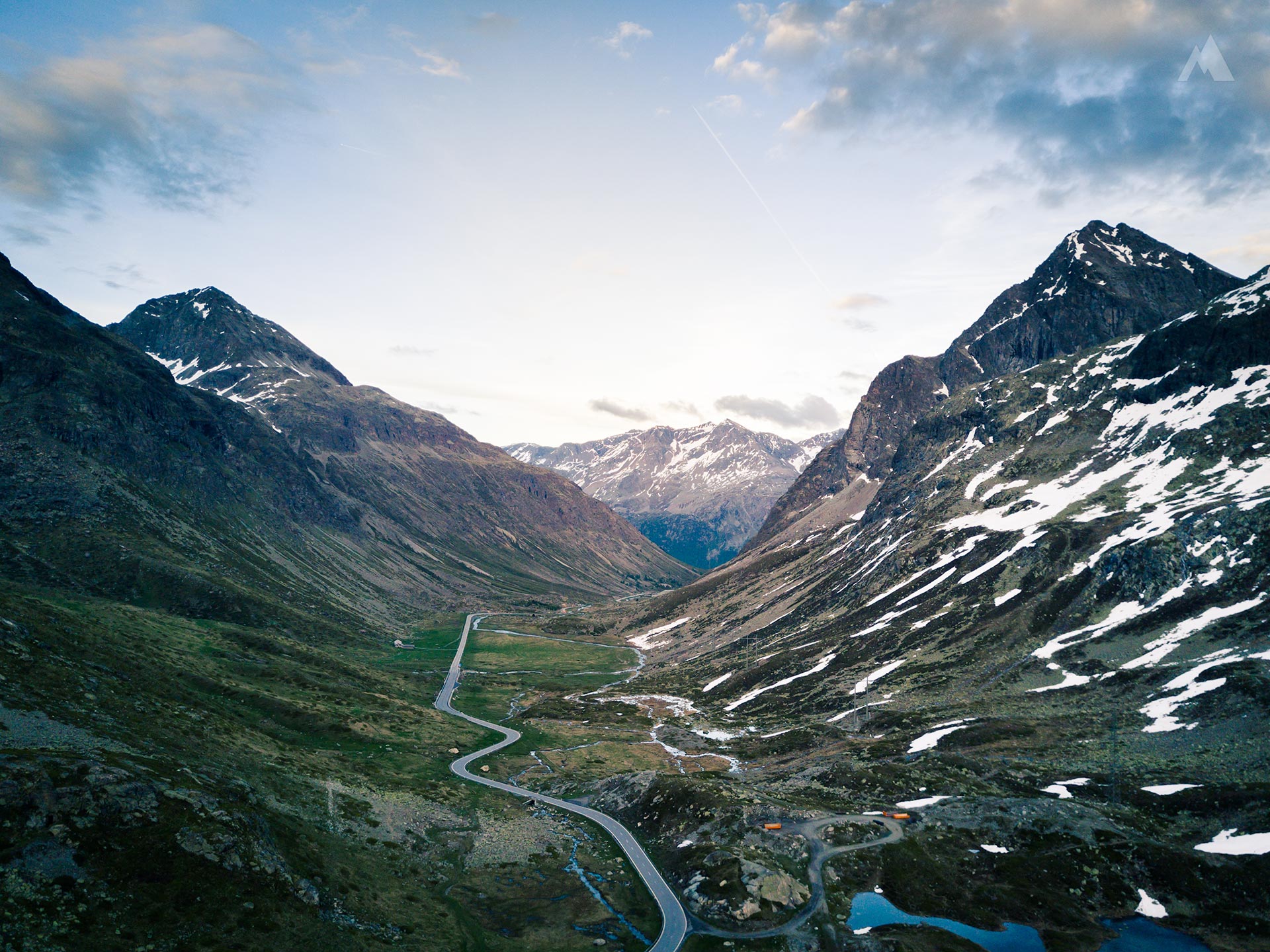 Now we are heading towards Silvaplana in the valley region of the Engadin. The Engadin is one of the highest, populated valleys in the Alps, thus making the descent a rather short one.

If you are hungry after this drive, make sure to head to Pizza Beach Club at the beach club of the Silvaplana lake – it’s definately worth it!

David had the idea for drivescape while waiting for his new car – eagerly looking for roadtrip inspirations, he decided to contribute something back to the car community. He's drivescapes' driver and drone pilot, but couldn't realize the project as imagined without his photographer, Elena.

This site uses Akismet to reduce spam. Learn how your comment data is processed.